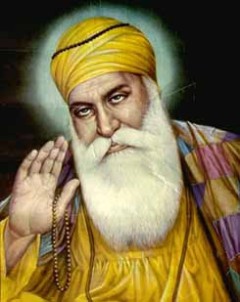 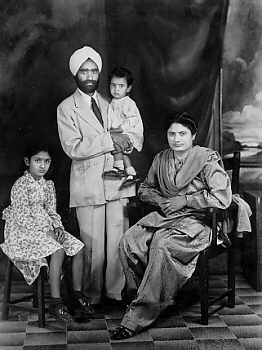 Sikhs have been migrating to East Africa since 1890's. They established themselves as a very hard- working, honest, religious and skilled community. Their contribution to East Africa is phenomenal. We try to present some of the aspects of their lives, which were not beds of roses but which bore exceptional fruit and made them the most admired and rich people of this African sub- continent.

Some of the stuff has been taken from a book by Cynthia Salvadori, "We came in Dhows" , which tells the story of the Indians whose history and culture had remained virtually unrecorded despite their conspicuous economic importance.( Congratulations & thanks are due to her for her extensive research on the Indian Community who built East Africa with their life and blood). 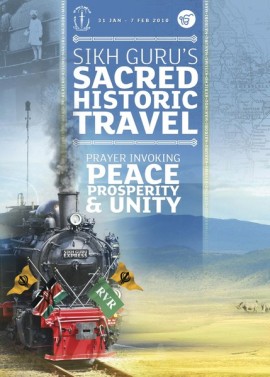 Commemorative publication that marked the historic event 'Sikh Guru Express' train journey that ran from Kisumu to Makindu in 2010, coupling prayers for Kenya's continued peace, prosperity and unity, together with the returning of the origi...nal saroop of Guru Granth Sahib Ji to Gurudwara Makindu Sahib (in custody of a Sikh family since 1972 when the Gurudwara accidentally burned down to the ground).

The message that appeared on its first page had the Sikhs of express their heartfelt gratitude to the Republic and peoples of Kenya for helping make themselves a part of this beautiful God-blessed country. The Kenyan Sikhs thanked their President Hon. Mwai Kibaki and Prime Minister Hon. Raila Odinga for their support towards the peaceful cohesion of our myriad communities and faiths.

The origin of the name Kalasinga

Why muhindi with kilemba and thick beard is called ‘Kalasinga’ 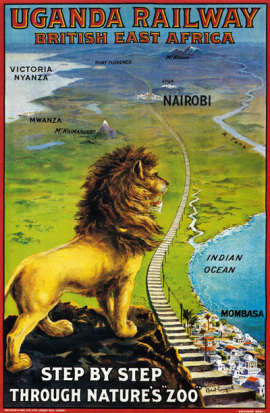 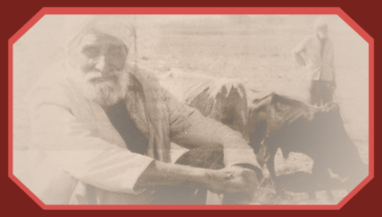 THE AMAZING STORY OF THE KALASINGHA HERDSMAN OF KENYA.

Mzee Pashkal Singh of Thika, who was 70 when his story was featured in a local daily in 2000, reported as a probably the only pastoralist in Kenya from the Indian community. He turned heads as he led his cattle from estate-to-estate in search of pasture. The locals called him 'Karathinga' (a corrupted form of the word 'Kalasingha' that refers to the Sikhs of East Africa). Though he lived in Thika for many years, he had been an enigma to the locals who could not understand why he chose to blatantly deviate from the way of life associated with Kenyans of Indian origin.

When herding his cattle, the lone herdsman bore three whips on his right hand while his left clasped a long sword in a crimson sheath. Clad in a coat, and a pair of dirty trousers, his head was rolled in an old, sun-scorched turban. Asked by the journalist Njoroge Kinuthia (who interviewed him for the feature) on why he choose a life of pastoralism and not business like the majority of other people of Indian descent?, Mzee Pashkal replied, 'Biashara ngumu, biashara apana mchezo' (it's tough operating a business; it's not easy), and he added, 'This is the source of my livelihood – I'll never engage in business?'

He bought his first cow in 1965 in Kiang'ombe Village, Thika. He then boasted of over 50 head of cattle without counting the calves. He was a pastoralist extraordinaire, probably the only one with a permanent base in a Kenyan urban centre. And unlike most Indians who live cloistered in posh estates the Mzee lives in the sprawling, crime-infested Kiandutu slum in Thika. He had a big cattle shed in his compound and no one had more wealth, in terms of cattle in the entire town than him. Like the Maasai he valued his cattle immensely and rarely sold them.

Though many saw him as an Indian with Maasai blood he feared the Maasai greatly and avoided them like a plague. 'Hawa watu kali sana. Hawa watu wa vita kabisa. Kama ng'ombe yako na changanya na yao inakuwa yao (Maasais are very fierce, if your cattle mingles with theirs they become part of their herd'. He lost several heads of cattle this way. Every time the elderly man came across Maasai herdsmen he drove his cattle away hastily.

Mzee Pashkal Singh came to Kenya in 1949 when he was only 15. He came by ship through the Indian Ocean to join his father who had come to the country several years earlier. He came from Punjab, but never returned there since, having forgotten everything about India and his knowledge of the country is scanty. He however, recalls his journey to the country vividly. 'The ship was very big and was full to the brim. It had so many rooms inside.We took many days on the big sea,' he recalled.

He travelled by train from Mombasa to Nairobi, having come to the country in the company of his uncles who paid his fare but all of them went their way on reaching Nairobi. His father who was a carpenter, introduced him to masonry - a skill which enabled him to earn a shilling every day and therefore a total of Sh 7 a week. Before embarking on pastoralism he helped build most of the now old buildings in the city and Thika town. Then he used to live in Eastleigh Estate but later moved to Thika.

He had vowed he would never get married. But when he was 60, a time he thought he had gone beyond the marrying age, he fell in love with an African woman and tied the knot. 'Wanawake naleta shida mingi. Ukikaa peke yako ndiyo unakula raha sawa sawa. (Marrying brings a lot of problems. Life is enjoyable when you are alone)', he claimed. 'Si mzuri na sio mabaya sana, kama mtu iko peke yake ndiyo mzuri. (Its neither good nor bad. It's better when you're alone,' he said of marriage.

Though his wife was Kikuyu and he lived with Kikuyu speakers all his life, he never learnt the language. 'Hii atiriri, atiriri ni lugha ngumu sana. (Kikuyu is a very difficult language),' he said.

He was nostalgic about his motherland, India. He says twice he saved enough money to go home and visit his mother before Kenya achieved her independence but each time thugs mysteriously broke into his house and stole the money. His mother had been left back to take care of the family house.

Since his story was published over a decade ago, there have been no further information of him and the article concluded on his determination to visit India for at least a month, and and he would come back to herding his cattle in Kenya.

Thanks goes out to Dave Smith for his input.