During colonial times, Indians were taken into different parts of the world as slaves by the British East India Company,[9] and the British Empire.[10] Over a million indentured labourers also called girmitiyas from Uttar Pradesh and Bihar were taken as slave labourers to European colonies of British and Dutch in Fiji, South Africa, and Trinidad & Tobago.[11][12] The Portuguese imported Africans into their Indian colonies on the Konkan coast between about 1530 and 1740..

In 1490, an African guard, Sidi Badr, seized power in Bengal and ruled for three years before being murdered. Five thousand of the 30,000 men in his army were Ethiopians. After Sidi Badr’s assassination, high-level Africans were driven out and migrated to Gujarat and the Deccan. 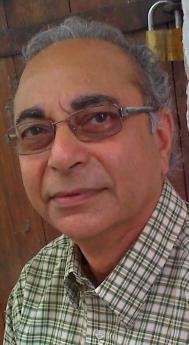 In his work on the Sidis of India, Abdulaziz Y. Lodhi discusses the historical experiences of a group of prominent East African ancestry in the Indian sub-continent. Exploring linguistic developments and the role of Islam in their broader integration, the author discusses the new championing of the Swahili language of a group keen to revitalise their cultural links to Africa and reconstruct their heritage. With the group gaining wider scholarly and public recognition in recent years, Lodhi also reflects on Bantu linguistic data observable in contemporary Sidi speech and the effect of new efforts at cultural revival spearheaded by touring Sidi musical performers.

“Ethiopians have had very intimate relations with Indians. In fact, in antiquity the Ethiopians ruled much of India. These Ethiopians were called the Naga. It was the Naga who created Sanskrit. A reading of ancient Dravidian literature which dates back to 500 BC, gives us considerable information on the Naga. In Indian tradition the Naga won central India from the Villavar (bowmen) and Minavar (fishermen).”
https://www.panafricanalliance.com/african-kings-india/

Nile Vally Roots
22 October at 17:32  ·
4 African Kings Who Ruled India That Have Been Erased From History!
“…The darkest man is here the most highly esteemed and considered better than the others who are not so dark. Let me add that in very truth these people portray and depict their gods and their idols black and their devils white as snow. ”
More than a thousand years before the foundations of Greece and Rome, proud and industrious Black men and women known as the Dravidian erected a powerful civilization in the Indus Valley. From those origins, African Kings in India drove the region’s commerce, culture, and belief systems.
Dr. Clyde Winters, author of Afrocentrism: Myth or Science? writes:
“Ethiopians have had very intimate relations with Indians. In fact, in antiquity the Ethiopians ruled much of India. These Ethiopians were called the Naga. It was the Naga who created Sanskrit. A reading of ancient Dravidian literature which dates back to 500 BC, gives us considerable information on the Naga. In Indian tradition the Naga won central India from the Villavar (bowmen) and Minavar (fishermen).”
He goes on to say “The Naga were great seamen who ruled much of India, Sri Lanka and Burma. To the Aryans they described as half man and snake. The Tamil knew them as warlike people who used the bow and noose. The earliest mention of the Naga, appear in the Ramayana , they are also mentioned in the Mahabharata. In the Mahabharata we discover that the Naga had the capital city in the Dekkan, and other cities spread between the Jumna and Ganges as early as 1300 BC. The Dravidian classic, the Chilappathikaram made it clear that the first great kingdom of India was Naganadu.
The Naga probably came from Kush-Punt/Ethiopia since the Puntites were the greatest sailors of the ancient world, and in the Kemetic inscriptions there is mention of the Puntite ports of Outculit, Hamesu and Tekaru, which corresponds to Adulis, Hamasen and Tigre.”
Even the legends of India revere the Black race that laid the foundation of their civilization, and the holiest books of India also affirm that enlightenment came from Ethiopia ((The first God of India was a dreadlocked black man called Shiva.)
Malik Andil Khan Sultan (reigned from 893 to 895)
Little is known about Shahzada Khoja Barbak – the Ethiopian that conquered the Bengal Kingdom and established the Habshi dynasty in 1487. But we know that he was a Siddi.
The Siddi, also known as Sidi, Siddhi, Sheedi, Sawahili or Habshi, are an ethnic group inhabiting India and Pakistan. Members are descended from the Bantu peoples of the East African region [...] 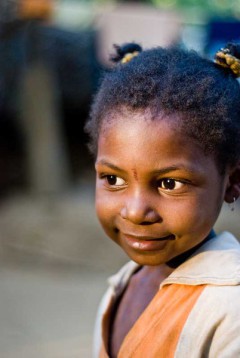 The Siddi (Urdu: شیدی ‎; Kannada: ಸಿದ್ಧಿಗಳು; Hindi, Marathi, Konkani: सिद्दी or शीदि/ಸಿದ್ಧಿ; Sindhi: شيدي; Gujarati: સીદી), also known as Siddhi, Sheedi, Habshi or Makrani, are an ethnic group inhabiting India and Pakistan. Members are descended from Bantu peoples from Southeast Africa that were brought to the Indian subcontinent as slaves by Arab and Portuguese merchants.[1] The Siddi community is currently estimated at around 20,000–55,000 individuals, with Karnataka, Gujarat and Hyderabad in India and Makran and Karachi in Pakistan as the main population centres.[2] Siddis are primarily Sufi Muslims, although some are Hindus and others Roman Catholic Christians.[3]

"Drumming and Praying" by Helene Basu

Sidis and their Music: African Culture in India

Ḥabshī, African and Abyssinian slaves in pre-British India. The name derives from the Arabic word Ḥabashī (“Abyssinian”), through its Persian form. Such slaves, frequently employed by the chiefs of Muslim India, especially in the Deccan, were believed to have great physical prowess and ability and a lack of personal ties, which promoted loyalty.

Many Ḥabshī rose to high office and some became independent. The most famous of them was Malik ʿAmbar of Ahmadnagar, who defied the Mughals for many years. Ḥabshī in western India, the Sidis of Janjira, commanded the fleet of the Bijapur sultan and became independent chiefs. They defied the Marathas and in 1670 transferred their allegiance to the Mughal emperor Aurangzeb. They accepted British supremacy and maintained their state until 1948, when it was integrated with the Bombay state of the new Indian union.

When black was no bar, how Africans shaped Indian History.

African rulers of India: That part of our history we choose to forget
https://indianexpress.com/article/research/african-rulers-of-india-that-part-of-our-history-we-choose-to-forget/?fbclid=IwAR0-2_KfXt8jU3nvQ86XN7bsqgX0qzQFvfhUUbmjo3MR_Ck3pSWy1hY-hm4

African rulers of India: That part of our history we choose to forget - See more at:

Malik Ambar (1549 – 13 May 1626) was an Ethiopian born in Harar, who played a significant military role in the Deccan region of India.

Sold as a child by his parents, Malik was brought to India as a slave. In time he created an independent army, a mercenary force numbering up to 1500 men. It was based in the Deccan region and was hired by local kings.

Rare images document the centuries-long history of Africans in India

Africans in India: From Slaves to Generals and Rulers (Exhibit by Schomburg Center for Research in Black Culture)

The Sidi Saiyyed Mosque, popularly known as Sidi Saiyyid ni Jali locally, built in 1572-73 AD (Hijri year 980), is one of the most famous mosques of Ahmedabad, Gujarat, India. As attested by the marble tablet fixed on the wall of the mosque, it was built by Sidi Saiyyid in the retinue of Bilal Jhajar Khan, general in the army of the last Sultan Shams-ud-Din Muzaffar Shah III of the Gujarat Sultanate. 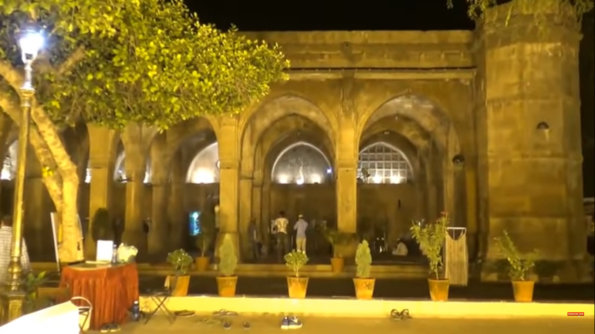 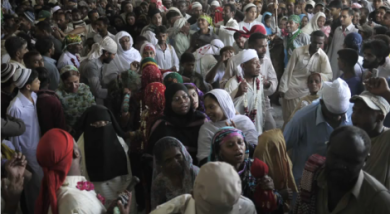 Sheedis of Pakistan: Living To The African Rhythm.

While the greatly fascinating ‘Macedonian’ Tribe, the Kalash of Pakistan, are relatively well-known and heard of, not many are familiar with the ’Sheedi’ people or the indigenous Africans of Pakistan. 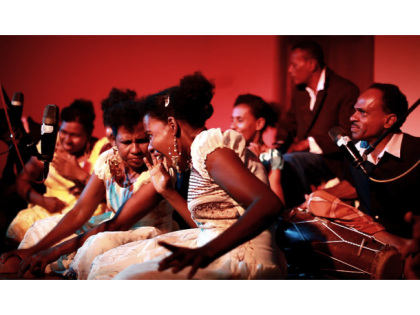 The Sri Lankan Kaffirs (cafrinhas in Portuguese, කාපිරි kāpiriyō in Sinhala, and காப்பிலி kāpili in Tamil) are an ethnic group in Sri Lanka who are partially descended from 16th century Portuguese traders and Bantu slaves who were brought by them to work as labourers and soldiers to fight against the Sinhala Kings.[2][3] They are very similar to the Zanj-descended populations in Iraq and Kuwait, and are known in Pakistan as Sheedis and in India as Siddis.[2] The Kaffirs spoke a distinctive creole based on Portuguese, the Sri Lanka Kaffir language, now extinct. Their cultural heritage includes the dance styles Kaffringna and Manja and their popular form of dance music Baila.