was killed  for speaking

Pio Gama Pinto had to die because he was perhaps the near perfect African socialist in a Kenya that was probably 95 per cent capitalist, if only subconsciously.

Trading and bartering were natural to the large majority of Kenyans. Anything else was strange, hence Pinto’s socialist ideals threatened to spur on the first revolution. 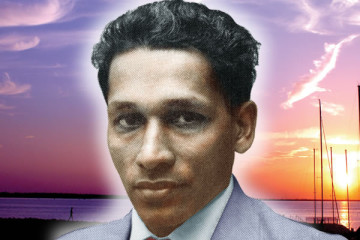 He was the first Kenyan politician to be assassinated after Independence. The gravestone at City Park Cemetery, Nairobi, where he is buried describes him as a socialist and freedom fighter, a political detainee from 1954 to 1959 and a Member of Parliament from 1963 till an assassin’s bullet ended his life on the morning of the 24th of February 1965. By the time he died, he had become the main ideological strategist for Vice President Oginga Odinga’s radical and left-leaning wing of Kenya’s ruling party, the Kenya African National Union, (KANU). - See more at:

In a time when everyone who resembled the colonial race was considered a threat to freedom fighters in Africa and in particular to Kenya’s freedom fighters, Pio Gama Pinto Kenya's first martyr Journalist, freedom fighter, and political activist, of an Asian decent won the Kenyan hearts.

Born in Kenya on March 31 1927, Pinto was a self confessed socialist who dedicated his life to liberation and justice for the Kenyan people.

During the colonial era, Pio’s close relationship and association with the freedom fighters opposed to the British rule would land him several years in detention and torture, a thing that made him stronger and even brave to identify himself with the militant Kenyan politics. By 1952, he was the only non-African who had the confidence of the people and who was always kept up beat with the plans of the underground liberation movements.

At age eight, he was sent to India for his education and spent the next nine years there. He studied the arts for two years before joining the Indian Air Force in 1944 for a short time. When seventeen, he started agitating against the system which kept so many people of Goa in poverty.

Remembering Pinto: He was killed for speaking truth to power

What a Joyful Celebration of Pio Pinto!

Pio threw himself into helping KANU win the 1961 elections, into founding our independent press, into the campaign for Federation, into the struggle against imperialism, and the liberation of Portugal's colonies. He assisted refugees from South Africa, Mozambique and Angola to find their way to other countries where they could organise resistance movements.

The commemoration of 50th Anniversary of assassination of Shujaa Pio Gama Pinto at Mazingira Institute Nairobi. Photos provided and narrated by Muzzafar Khan.

Bringing Pinto back to life in 2015

Why Was Pio Gama Pinto Killed ? At Long Last The Secret Is Out

A short history of land settlements in the Rift Valley 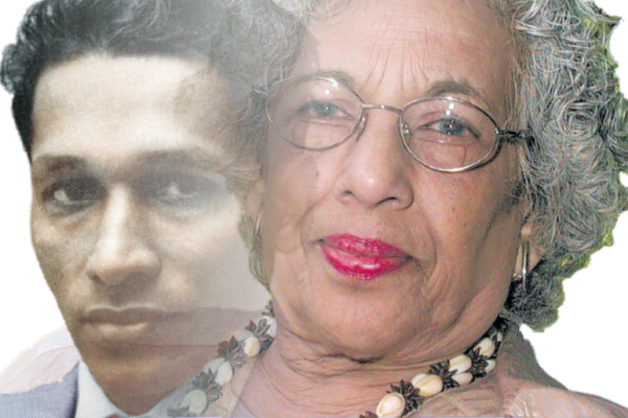 Emma Pinto: They killed my husband too soon

Emma Dias arrived in Kenya from India in 1953. Her twin sister Joyce was already in Nairobi, married to Tome Mendonca. 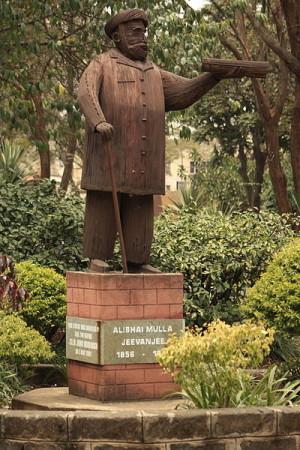 Alibhai Mulla Jeevanjee (1856-1936) was an Indian merchant, politician and philanthropist who went on to play a large role in the development of modern day Kenya during colonial rule.

Intellectual freedom is not possible under domination of state and religious authority, because it demands uncritical submission. This domination becomes worst wherever the faith turns blind and starts accepting the divine right of the authority.

This is the reason why Dawoodi Bohras generally are not interested in any kind of intellectual pursuit. Only the reformist Bohras are seen struggling for social change and human dignity through their pen and their activities. Zarina Patel is one such shining example.

She is a reformist Bohra, a human rights activist, an environmentalist, an artist and physiotherapist by profession. She has done all reformist Bohras proud by writing a book on “The grand old man of Kenya”, Alibhai Mulla Jeevanjee.

Her book Challenge to Colonialism encompasses the struggle of one Bohra Businessman, a philanthropist and a fighter for equal rights in Kenya. She has also used the story of Alibhai Mulla Jeevanjee, her maternal grandfather, to highlight the story of a people. Through her well-researched work, she has demonstrated the important role played by the Indians in the early resistance to the colonial rule in Kenya.

AM Jeevanjee: The Man Who Built Nairobi 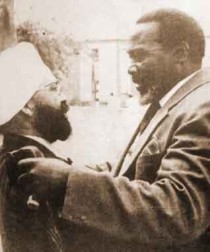 Makhan Singh (27 December 1913 – 18 May 1973) was an Indian-born labour union leader who is credited with establishing the foundations of trade unionism in Kenya.

Makhan Singh was born in Gharjakh, a village in British-ruled India's Gujranwala district, a Sikh-majority area in the province of Punjab (since 1947, his native region has been a part of Pakistan). In 1927, at the age of 13, he moved with his family to Nairobi, a municipality which, since 1905, had functioned as the administrative capital of the British East African protectorate.

In 1935, he formed the Labour Trade Union of Kenya and, in 1949, he and Fred Kubai formed the East African Trade Union Congress, the first central organization of trade unions in Kenya.

A Tribute To Makhan Singh

A 1940s photo of Makhan Singh, Kenyan freedom fighter and trade unionist. The next photo is a later one, with Mzee Kenyatta, in the early 1960s.

Kenyatta had a soft spot for this man. The reasons are touching, quite understandable. Makhan was special.

In my opinion, Makhan is arguably the most patriotic public figure Kenya ever had. Consider the following:

1. He was the longest detained freedom fighter - irrespective of colour! He was locked up for a period longer than that served in prison by the Kapenguria Six, or by any other Kenyan independence figure.

2. In 1950, long before the Emergency was declared, Makhan called for total independence and paid for it by being detained. But here's the winner....

3. When Makhan demanded independence, he was locked up and subjected to a sham trial and jailed for a long, long time. Throughout his jail term, Makhan turned down several offers of freedom on condition that he left Kenya, never to come back.

Somehow, however, Mzee a few years after independence sidelined him.

But Makhan was ever the gentleman. He took it in his stride and held no grudges, starting the Historical Association of Kenya. He also authored several books on the history of Kenya, and on history of trade unionism in the country.

This is a tribute to one patriotic Kalasinga Kenyan. May God bless your soul, Makhan. 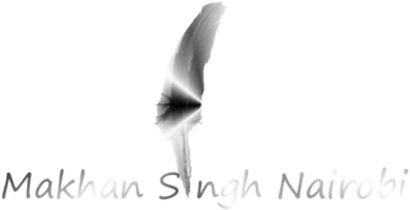 My father, Makhan Singh (1913-1973) shall always be remembered in Kenya for his long struggle against the evil exploitation of man by man. He can rightly be called the father of labour movement in Kenya.

A few people can endure the type of hardship Makhan Singh underwent in the cause of Uhuru.

On that fateful morning of 1950 ,a contingent of policemen surrounded his father’s house in Parklands .Makhan and his family were still asleep when the police broke into the house and took him away for 15 years in detention.

Reason for his arrest , a speech he had given at a hall in Nairobi terming a certain colonial ordinance "a slave law".

His first year at Lokitaung was spent in solitary confinement which he described as " the worst type of mental torture."

He was later joined by Mzee Jomo Kenyatta and other freedom fighters .However the colonial Authorities thought that it was dangerous to have Makhan and Kenyatta in the same prison .He was therefore transferred to Maralal.

When Jomo Kenyatta was transferred to Maralal in 1960 ,Makhan was again moved to Dol Dol in order to avoid the two being in contact.

At Dol Dol Makhan went on a 20 day hunger strike for the release of all freedom fighters and in 1961 he and Mzee Jomo Kenyatta were released from restriction.

On his return he recieved a thunderous welcome from Africans who had gathered at his father's home in Park Rd Nairobi.

Makhan had been expected to arrive in the morning but ended up arriving in the evening because the government truck transporting him was held up by adoring crowds of Africans at Nanyuki Nyeri and Fort Hall (Muranga).

He finally arrived in Nairobi where he was carried shoulder high by Africans chanting :

Two days later Mzee Jomo Kenyatta , Jaramogi Oginga Odinga and Achieng Oneko visited him at his home where he declared :

" I intend to resume my struggle for Kenya under Jomo Kenyatta."

He went on to join KFL and later when KANU opened its doors to other races Makhan became one of its first Asian members .

Shortly after Kenya became independent in 1963 Makhan was granted a permanent residence permit by Mzee Jomo Kenyatta. At least he could now call Kenya home.

He went into oblivion three years later never to be heard again in public. He had been forced out of the printing union and his activities in KFL Kenya Federation of Labour had ceased.

The press managed to track him down but he was reluctant to have his story or picture taken.

Some observers had already predicted that Makhan being a self- confessed communist was going to find it rough in the independent Kenya.

When members of the press asked him whether he felt neglected by the Government he strongly refuted these claims telling them: "They have not forgotten me i assure you."

He also told the reporters that he was a believer in Marxist philosophy but he did not believe in Stalin or Lenin's application of that Philosophy.

A controversial figure he was , but above all Makhan was a principled man and a man of integrity of purpose who spent most of his life in the struggle against colonialism.

Unknown hero of the independence struggle 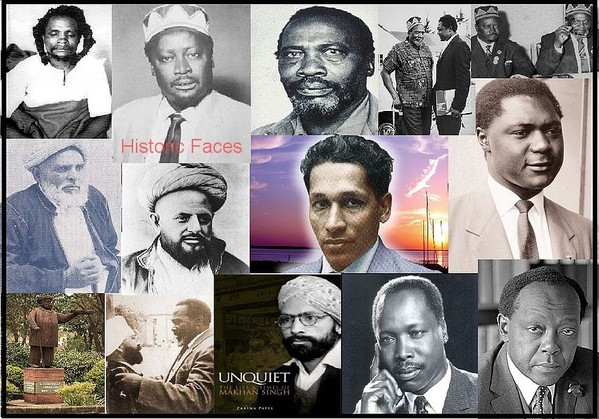 Struggle for Independence in Kenya

For thousands of Kenyans, freedom was only granted after a long, agonizing, armed struggle. African farmers had lost many of their land and jobs to white settlers. The settlers took over much of the fertile highlands making it difficult for the village of Kikuyu to prosper.

The settlers claimed it as their land but the people of Kikuyu begged to differ. Jomo Kenyatta, the leading spokesman of the Kikuyu said "The land is ours. When Europeans came, they kept us back and took our land."

Kenyatta was a nonviolent activist and used nonviolent methods to fight oppressive laws. There were many different people of different back grounds who were part of the formation of bringing forward the fruition of independence of Kenya.

Although, in the 1950's more radical leaders stepped forward and turned to guerrilla warfare. These rebels burned farms and attacked settlers and Africans who were known to have helped or work with the settlers.

The British called these guerrillas the 'Mau Mau'. To end the violence, British has Kenyatta arrested and killed thousands of Kikuyu. The rebels were crushed with no leader,but the movement lived on.

Kenyatta became a national hero and in 1963, the year of his release, he was made the first leader of an independent Kenya. As president, Kenyatta jailed those who opposed him and outlawed
opposition parties. 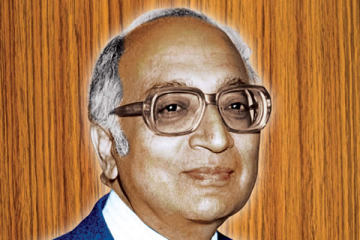 He was one of three Kenyan lawyers of Asian descent who were part of the team that defended Kenya’s future President Jomo Kenyatta and his colleagues at the infamous trial at Kapenguria on charges of managing the Mau Mau armed rebellion against British colonial rule in Kenya. Yet after independence, President Kenyatta’s government turned against him, sending him to jail for more than a year on flimsy charges of contravening foreign exchange control regulations. He would survive the ordeal and go on to be honoured by the Law Society of Kenya for his life-long exemplary defence of human rights and the rule of law in Kenya. - See more at: http://www.kenyahistory.co.ke/personalities.php?pg=personalities&id=19#sthash.00NvJE70.dpuf