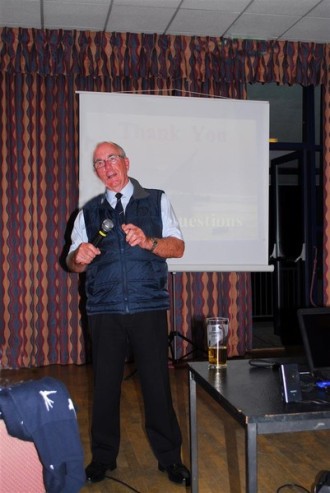 Kevin was resident in Kenya for many years with a particular interest in the region's military and transport history. His first major publication 'Steam in East Africa' concerned the construction and development of the East African Railway system from 1892 - 1976. Numerous articles for recognised journals included 'After the Battle' and ‘Britain at War’ with the notorious Burma / Siam Death Railway and the massive explosion that destroyed Bombay Docks in April 1944.

A Malta posting while in the R.A.F. started an interest in the discovery and research of crashed World War II aircraft including the Spitfire now displayed in the Malta War Museum. On return to the UK he discovered and researched shipwrecks and aircraft around the Cornish coast, and on leaving the service passed a commercial diving course and returned to Mombasa. He was involved in salvage operations on a number of vessels on the Kenya coast before becoming a full time commercial diver in the Persian Gulf in 1977. After two years in Saudi Arabia and Bahrain, he and a partner established a marine company in Bahrain and specialised in refloating stranded ships, removing wrecks and retrieving anchors in deep water.

He became Managing Director of Divecon Ltd, in Mombasa in 1982 and was involved with diving and salvage work from Aden in the north to Madagascar in the south. On contract completion he returned to Bahrain and established Techdive and undertook salvage operations ranging from yachts to large tankers apart from routine inspection, maintenance and construction work around the Gulf. With his interest in military history, he organised the restoration of  the British military graves in Bahrain, and the recovery of a propeller from an Air France DC-4 airliner as a memorial to those killed in the crash and was honoured by the French Government for his efforts.

During the 1990s he authored books on Zanzibar and Kenya and an acclaimed study of the German cruiser Königsberg sunk in East Africa in 1915. His largest publishing task was the publishing of ‘Monuments to Courage’, the last resting places of the holders of the Victoria Cross on behalf of its author, and the editorial of ‘Railway to Nowhere’ the definitive study of building the Uganda Railway.

He co-organised six successful steam safaris in Kenya and Tanzania and led four First World War Kenya battlefield safaris. As an acknowledged speaker on East Africa he has entertained groups for over thirty years at home and abroad and is currently resident in UK engaged in preparing a second edition of his publication 'Shipwrecks and Salvage on the East African Coast' and  driving miniature steam trains.

NEW EDITION...Shipwrecks and Salvage along the East African Coast

The new edition of my new Shipwreck book published in 2018 is now available with revised and updated chapters on Kenya, Tanzania and Uganda and a major revision of tugs based on the East African coast and Great Lakes. 300 pages. H/B. with over 100 colour photos and many b/w photos as well. ISBN No. 978-1-5272-1430-9....  £5 inc postage to the UK, Overseas airmail at cost..

Every so often one gets hold of a book that is a masterpiece. For all of us who have lived in Kenya or who had early family there, this is the best family reference book there is. It is the latest edition of this massive work. My own search for Uganda Railway personnel proved eye opening, I had no idea so many were afflicted by inebriation and many lost their jobs as a result.

Steve North, who I have known for some time has put together the most comprehensive list of Europeans in this part of Africa at the turn of the 20th Century. It has involved days of tramping through the regions long forgotten cemeteries recording headstone details and weeks of trawling through the world's archives. A monumental task in "more ways than one".

‘This book is an attempt to provide a biographical listing of the people with European names who were active in the area of east Africa that eventually became the separate British administrations of Kenya, Uganda and Zanzibar. The period covered is from around the arrival of the ﬁrst members of the Imperial British East Africa Company in 1888 until the end of 1910.

Some non-Europeans are therefore included: Americans, Portuguese citizens from Goa and certain British Indians. The few Japanese in the region and a number of mission-educated Africans who took English names have been noted for clariﬁcation purposes.

Included from outside the above territorial criteria are certain members of Christian missions based in the German Sphere and a few ofﬁcials from the adjoining German, Belgian and Italian administrative areas.’

What they said about previous editions:

‘Every so often ones comes across a reference book that not only provides gems of factual information but is totally fascinating.’ Overseas Pensioner.

‘Here is an amateur work in the very best meaning of the term. In the field of east African research Stephen North promises to become as much a point of depart as Burke’s is to researchers of the aristocracy.’ African Research & Documentation.

‘This list is a gem for military historians and students alike’

THE PERMANENT WAY video about building the railway, it also has two other EAR movies with it, as well.. 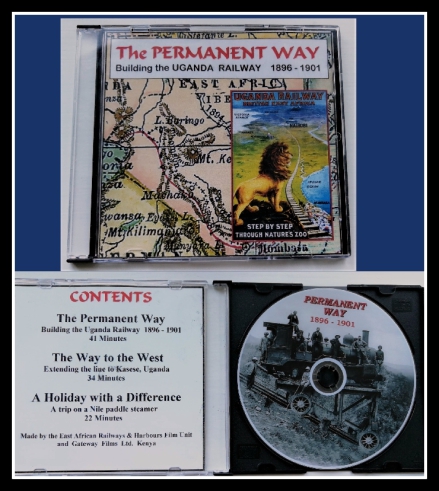