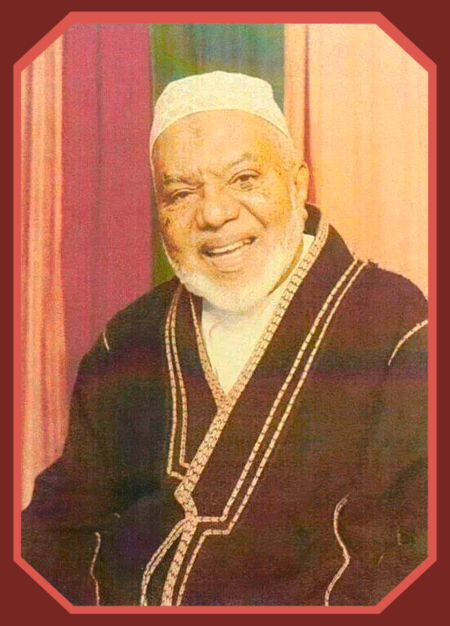 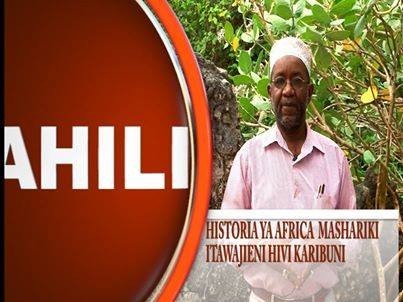 Documentary to be soon released by Mr Stambuli Abdillahi Nassir

According to the supporters of this argument, Swahili was in existence as a Bantu language even before the coming of the Arabs. The Waswahili people were then known as Wangozi and their language was known as Kingozi. The Wangozi interacted with different foreigners though this did not change their language or their identity. This view groups the Swahili with all the other African languages and mostly of Bantu origin .They argue that as much Swahili has a lot of borrowed words from other languages, more so Arabic is not reason enough to disqualify it as a Bantu language. Very many borrowed words in Swahili are as a result of interaction between the inhabitants of the East African coast and the Arabic, Indian and Persian traders." However, much needs to be done in terms of research and documentation in order to re-write it correctly.

The Swahili Hub for more discussions, please click on link: 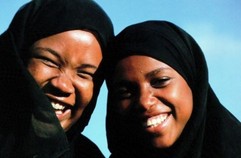 The Swahili civilisation lay on the east African coast, from Mogadishu in the North towards Sofala (today Beira) and Inhambane in the South. This civilisation existed from around 100 A.D. Swahili civilisation came about through the mixing of the original local people with foreigners with whom they traded, especially the Arabs.

The cultures of many groups blended together to form a new language and culture, called ‘Swahili’ by the Arabs. It means ‘people of the coast’ in Arabic. They were called this because they lived in the coastal towns, which made it easy for them to trade with the Arabs who came across the ocean in boats to trade. Unlike the Egyptians and Nubians, the Swahili people did not build a single kingdom or empire to rule all the Swahili people and coastal towns.

These coastal towns or city-states were independent from each other and they sometimes competed for control of trade. The Swahili people also traded with other African kingdoms like Mapungubwe in southern Africa.

A traveller's handbook, the Periplus, written by a Roman traveller between 40 and 70 A.D, gives some picture of what Swahili people and their lives were like. It describes the ports that were visited, the goods traded and what the coastal traders were like. The Periplus was written to show the people of Rome that there were many trading opportunities with East Africa. This information was useful for writing the history of the Swahili people before Islamic scholars put together their records on the Swahili people.

Trade with the Arabs and the immigration of Arab people to the East coast influenced the area. Stone-wall buildings can be found that follow Arabic Asian designs. These are different from the buildings found further inland. These buildings combined African and Arabic building styles.

Many Swahili rulers adopted Islamic religion and political titles like ‘Sultan’. They used Islam and the new Swahili language to unite the people and create a new culture unique to the East coast of Africa. Like the Egyptians and Nubian heritages, the Swahili people also wrote down their history. As a result, we are able to learn the history of the Swahili from these writings.

The ancient Egyptian civilisation grew for thousands of years intact because the Nile River Valley and Mediterranean and Red Sea border kept foreigners and their ideas away.

The Nile River was very important to Egyptian civilisation. The Nile provided a communication and trade route across a huge and harsh land. Yearly flooding of the Nile nourished the dry surrounding farms.

People had always built their homes in towns and cities along the banks of the Nile. The earliest inhabitants of this region were Stone-Age hunter-gatherers who found the area rich in wildlife. Big shifts in climate led to the change from the nomadic way of life to one of settled farming communities.

The Nile is the biggest river in Africa. The river comes from the meeting of three rivers from Sudan, Uganda and Ethiopia. It starts in south (Upper) Egypt and ends at the country's northern border with the Mediterranean Sea (Lower Egypt).

The ancient Greeks saw Egypt as a gift of the Nile. Egypt's existence was made possible by the river. The ancient Egyptians settled on the narrow strip of rich alluvial soil along both banks of the Nile. This strip provided good agricultural soil. Egyptians always lived close to the Nile as it was an abundant water source providing protection against the surrounding harsh desert environment.

Egypt was split into two regions.

These were the higher ground and narrower river valleys in the south and the flat flood plains in the north by the sea. Another natural boundary, the Red Sea, extends roughly parallel to the Nile lies to the East. These two seas ensured that the Egyptians were the only people of the ancient world able to control both western and eastern foreign trade.

The majority of buildings were built using sun-dried bricks made from river clay. These walls lasted long because they were protected from weathering by an external stone face. There are many kinds of stone in Egypt, and it was the first region in the ancient Middle East to develop a monumental stone architecture.

The Egyptian nation was stretched along a very long river. Boats were used for transporting goods and allowing communication. These were made from imported wood, because there were no forests and trees to be found nearby.

Egypt has only spring and summer seasons. Rain is rare and the climate is warm and pleasant. The large farming population was freed up during the flood months. The ruling group was able to use these people on massive building projects.

The triangular shape of the pyramids shows the control of one person over many.

Ancient Egyptian religion remained mostly the same over thousands of years. Although the Egyptians claimed to be monotheistic (believing in one God), in practice they were polytheistic (worshipping many Gods). Religion was organised by powerful priests. The Pharaoh or king was considered to be God's second in command. In this way the ancient Egyptian beliefs supported the political and social way of life at the time.

Egyptians had a very long ritual for the after-life. This included the embalming( preserving) of bodies to be put into a special room or tomb inside huge structures such as the pyramids.. Kings and nobles were the only people who could afford this ritual. It led to the creation of the monuments of ancient Egypt, like the famous pyramids.

Using the food cultivated by a favourable climate and forced labour, the Pharaohs financed huge pyramids that would eventually contain their embalmed bodies and worldly riches for the after-life. A very large staff of trained craftsmen and an army of peasant, slave and prisoners of war built these pyramids during the flood period in summer.

Ancient Egyptians are said to be the first people to have a dictator. Social relations and work instructions were determined by priests and scribes under a powerful Pharaoh, who played the role of god, king and high priest. The Pharaoh owned all land and controlled the country with an iron fist.

Activity: A day in the life of an Egyptian (clickhere)

The royal family, priests and those in charge of the management of the people were all free from hard work. These people's children automatically inherited the same position of privilege. This privileged group made a huge contribution in their studies of mathematics and the development of writing (on clay and papyrus).

The civilisation of Nubia

The civilisation of Nubia lay in today's Sudan south of Egypt. Much is known about Egyptian civilisation but few people know about a civilisation that ruled Egypt for as many as a hundred years. The black race pharaohs in Egyptian history were actually Nubian or Sudanese kings. The two civilisations lived side by side for a long time and share many similarities. Nubia had pyramids similar to ones in Egypt.

There are 223 pyramids in Sudan, over half the number of those in Egypt. The Nubian civilisation was known as the Ta Seti kingdom and its kings ruled Egypt in 712-657 BC as the 25th dynasty. It is believed that the first Nubian king to rule Egypt was Sabacus. After Egypt regained independence from the Nubians, the Nubian civilisation continued for 1000 years in Sudan.

This sculpture below was for a Nubian Ruler. The Nubian rulers in Egypt were known as powerful rulers and their power can be seen in the monuments built for them by the Egyptians.

The Nubian kingdom was advanced with a written language. Nubia culture existed in a harsh environment with little rain. The River Nile could not support large numbers of people as it did in Egypt. However, the region was rich in gold, ivory, and ebony.

The Nubian people converted to Christianity in the year 540. The influence of Christianity can be seen in the buildings and culture. Christian religious books were translated into the Nubian language. The Nubians also wrote down their laws, letters and other documents. These writings are a precious record of this culture and language. It is also believed that because of this early conversion to Christianity, the Nubians were among the first people to spread the faith in Europe.

Before converting to Christianity, the Nubian religion was similar to that practised in Egypt. For example, they also believed in war gods like the one below.

The Nubian rulers grew weaker as time passed and in the 15th century the kingdom finally dissolved. The Arabs took over the region bringing with them their own culture. However, in some areas of southern Egypt and northern Sudan the Nubian people kept their culture and traditions until the present day.

Images above: right, the lion headed war god and left an example of Nubian writing.

To get some more detail on Nubia visit this great link: http://www.crystalinks.com/nubia.html