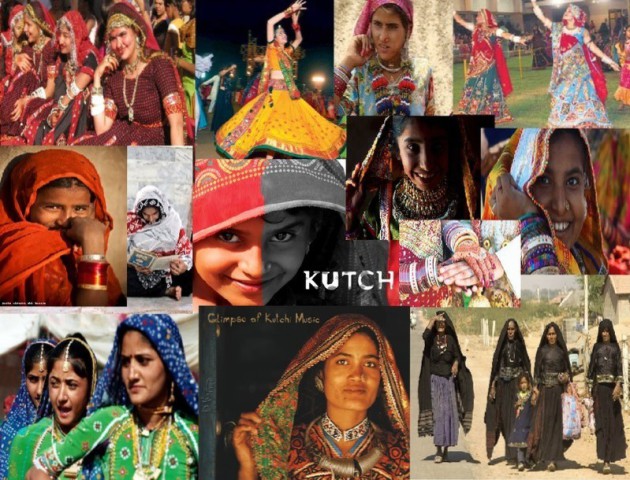 (the word malam stands for a navigator, one might find oneself completely ‘at sea’, so to speak)

Historians and scholars gathered at Gujarat's port town Mandvi discussing how a Kutchi sailor, Kanji Malam (the word malam stands for a navigator, one might find oneself completely ‘at sea’, so to speak), navigated the commander to Calicut from Malindi on East African coast. Malam hailed from Mandvi, a ship-building hub.

Further, Italian researcher Cynthia Salvadori too has concluded that it was Malam who showed Gama the way to India. Salvadori has made this observation in her 'We Came In Dhows', an account written after interacting with people in Gujarat. "Malam's role in the Vasco expedition has largely been overlooked by historians. It is high time we studied this," says historian Makrand Mehta.

Some historians suggest Majid could not have been near the vicinity at the time. German author Justus says it was Malam who accompanied Vasco.

Credit to a certain background of people of caste who were gifted at sea travel, the renowned Kutchhi people called Badhalas who were legendary for their mastering and environment of sea-faring and commercially operating of dhows across the Indian Ocean and beyond.

The Kutchhi people worked very closely with the Bhatias, a caste who too was involved with the Kutchii Badhalas intertwined in partnerships, not just importing and exporting of goods from India, Middle East Africa but were heavily involved in making sea-faring passenger journey/s across the Indian Ocean.

A lot of Indians (our fore- fathers) who were renowned to have travelled seasonally (Monsoon winds) in going back and forth to Africa/ India/Middle East  used these Dhows as transport.

When Portuguese explorer Vasco da Gama discovered Europe-to-India sea route in 1497, he had a Gujarati by his side to show him the way. Historians and scholars gathered at Gujarat's port town Mandvi are discussing how a Kutchi sailor, Kanji Malam, navigated the commander to Calicut from Malindi on east African coast. Malam hailed from Mandvi, a ship-building hub, where a three-day maritime conference 'Gujarat and the sea' is in progress.

Scholars and research institutes from France, Portugal, China, Singapore and Sri Lanka are taking part in the event. At Malindi, Gama's crew roped in a pilot who could guide the expedition to Calicut . Historians have differed over the identity of the sailor, calling him a Christian, a Muslim and a Gujarati. According to another account, he was the famous Arab navigator Ibn Majid. Some historians suggest Majid could not have been near the vicinity at the time. German author Justus says it was Malam who accompanied Vasco.

Italian researcher Cynthia Salvadori too has concluded that it was Malam who showed Gama the way to India. Salvadori has made this observation in her 'We Came In Dhows', an account written after interacting with people in Gujarat. "Malam's role in the Vasco expedition has largely been overlooked by historians. It is high time we studied this," says historian Makrand Mehta, who will address the conference on Sunday. On Saturday, scholars like Lotika Varadrajan, Manuel Joao Ramos, Alok Tripathy, Paul Lunde and Vishwarao Sonawane discussed aspects of Gujarat's maritime history.

Excerpts from the pothis of Kutchi malam-navigators

If, in the passages cited above, one does not know that zam is roughly the equivalent of 20 kilometers or three hours of sailing, that chhog means the edge of hazardous spots, or that the word malam stands for a navigator, one might find oneself completely ‘at sea’, so to speak. For all these words come from the pothis — records, or log books — maintained by Kutchi sailors who used to fearlessly sail the seas on their home-made ‘ships’ once, from the west coast of our land: now to the eastern coast of Africa, now to Ceylon, now to Zanzibar; setting off from Mandavi for Maldives one day, from Surat for Muscat on another.

Mandvi’s 400-year-old dhow-making tradition is just no match for the modern, giant ships of steel

In medieval times, Mandvi in Gujarat’s Kutch district was a thriving port. Founded by Maharao Khengarji I in 1580, it was a gateway to West Asia and Africa, buzzing with trade, located as it was at the intersection of the spice route and the camel caravan route. 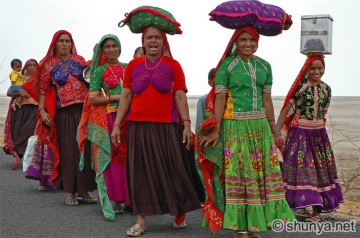 From Wikipedia, the free encyclopedia

The Kutchi people (Gujarati: કચ્છી) traditionally hail from the Kutch region of the western Indian state of Gujarat.

Many Kachhis left Kutch during the British rule of India from 1850 to the 1940s, moving to commercial areas such as Kolkata, Mumbai and Hyderabad. Many also live in neighboring states such as Rajasthan, Maharashtra and Madhya Pradesh.

Many Kutchi migrated to East Africa, Fiji and other British colonies, where they have further migrated to the United Kingdom, United States of America, Canada and other countries.

A sizeable community of Kutchi Leva Patels can be found in Kenya, UAE, UK and Australia where they have established community centres and Swaminarayan Temples under Bhuj Temple, Kutch.

The Kutchi language is a member of the Pali-Prakrit language family[citation needed]. Among the immigrant Kutchi people living outside India, major populations can be found in countries like Pakistan, South Africa, Kenya, Uganda, Tanzania, Fiji, Canada, United States, Oman and UK. They also speak closely related Gujarati language. especially those living in cosmopolitan cities such as Mumbai and states like Kerala. The Kutchis who immigrated to Africa have adopted some phrases of the Swahili language and those who have settled in the U.K have incorporated some phrases of English into their language.

Images: A Kutchi woman sleeping in Nirona village, north of Bhuj. The bracelets she is wearing above her elbows are typically adorned after marriage. MANY MORE PHOTOS:-

The tone, sense, and outcome of the recently concluded Indo-African Forum Summit, evidently indicates a leap forward in the strengthening of India Africa relations. The first-ever Forum Summit that began on the 8th April 2008, discussed varied issues such as; agriculture, trade, industry, investment, peace and security, good governance and information technology. An action plan for development and a political Delhi

Declaration on global issues of trade, climate change and United Nations (UN) reforms were adopted at the Summit. India according to Pranab Mukherjee, Minister of External Affairs, has a naturalally in Africa and a two-million strong Indian diaspora indicates enormous synergies and complementarities.

i For India, the core emphasis is on South-South cooperation. India has always stressed to work towards democratic tolerance, economic development and social justice. Consequently for Africa, India’s friendship is enduring, empowering and energizing. So far the Pan-African e-network project that seeks to bridge the digital divide between Africa and the rest of the world is one of the far-reaching initiatives undertaken by India. The project covers 53 nations of African Union through a satellite and fiberoptic network that will provide effective communication and connectivity among themselves.

The project also aims in connecting regional centers in Africa to institutions in India to provide tele-education and tele-medicine facilities.

ii Indo African academic and cultural exchange programs are also going strong. The two month long ‘Shared Histories Festival’ held in 2007 that celebrated India in South Africa,was a great success. Annually over 15000 African students study in India and many qualified Indians live and work in Africa. India in return wants to learn lessons from African environmentalist who have pressed the frontiers of communication on sustainable development. The bonds that tie India and Africa in contemporary times are historical and time tested. Be it the anti apartheid movement or promotion of the non- aligned movement;

India and Africa have worked together. Going back into the nineteenth century the entrepreneurs from India ventured to the coastal regions of Eastern Africa for trading

purpose. Though profit making in this resource rich region was their primary motive, their contribution in the expansion of commerce and greater understanding of the culture is noteworthy. Their pioneering inputs during the nineteenth century are enduring and has greater relevance in analyzing present economic relations with Africa

In greater understanding of Indo-African relations, this paper examines the influx and settlements of the mercantile communities of the western coast of India [Kutch] to the Eastern shoreline of Africa [Zanzibar] in the nineteenth century. Kutchis became prominent in East Africa in the nineteenth century and expanded the commerce of that region. Prior to the bifurcation of East Africa between the British and the Germans [1886]  the Eastern littorals and mainland of Africa were composed of present-day Tanzania and Kenya.

iii Capital of this Omani colony was a very fertile islet of Zanzibar. This town was the central hub of the mercantile activities and presence of numerous nationalities, like that of the Arabs, the Indians, the French, the British, the Americans and including the locals like the Swahilis, the Somalis among others gave a cosmopolitan outlook.

The Indians especially the Kutchis both the Hindus and the Muslims were settled in different parts of the Zanzibar dominion including Mogadishu in the north to Kilwa in the south, and all those who visited the island in the nineteenth century noticed their prosperous commercial adventures. The following study has focused largely on the nature of their settlement and demographic distribution of their population in the nineteenth century.

Kutchi is an Indo-Aryan language with about 866,000 speakers mainly in India in the Kutch region of Gujarat, and also in Sindh in Pakistan. There are also some Kutchi speakers in Trinidad and Tobago.

Kutchi is also known as Cutchi, Kutchhi or Kachchhi and is related to Sindhi and Gujarati. It also contains quite a lot of vocabulary from Sindhi, Gujarati and Rajasthani.

In Pakistan Kutchi is written with the Sindhi version of the Perso-Arabic script, and in India the Gujarati is used. In 2009 a new script for Kutchi was developed by Dr Rajul Shah more details.

I am a Kutchi speaker, born and raised in Havre de Grace, Maryland. My maternal and paternal great grandparents were originally from India, but they immigrated to East Africa in search of work. My grandparents on both sides were born in Kenya in the 1940’s. My paternal grandparents later moved to Uganda, where my father was born in the city of Lira. Following the mandated expulsion of Asians from Uganda in 1972, my father’s family fled Uganda and resided in Italy for several months before arriving to the United States. 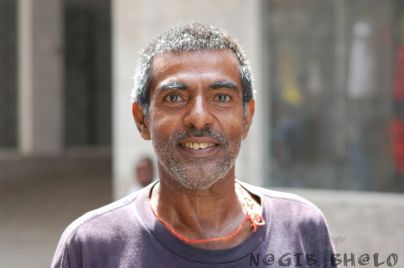 The Cutchi Muslims are the most integrated Asian group in Mombasa. The extent of thier integration is reflected in the fact that a number of their offspring of thier mixed marriages have produced men and women of talent who have become prominent in national life. One Badala family, the #Bhalo family, has produced famous swahili poets, musicians, and men of religion.

Beautiful song in Saraiki (سرائیکی  Sarā'īkī, also spelt Siraiki, or Seraiki) is an Indo-Aryan language of the Lahnda (Western Punjabi) group, spoken in the south-western half of the province of Punjab in Pakistan. 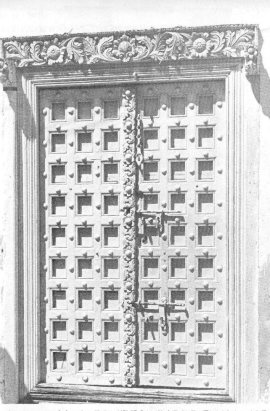 Waniya no Delo is just ahead from Waniyavad area. Jain Upashryas, Jinalay and community hall is situated in this area. Even today number of Jain families are living here and because of that this Dela means doors are called as a 'Waniya no Delo' or 'Jian Delo'. Due to community hall many functions are taking place in this area in which lot's of people are coming here. Inside of Waniya no Delo still there are some houses with old decorative construction.

Click on photo below for more on Kutci people 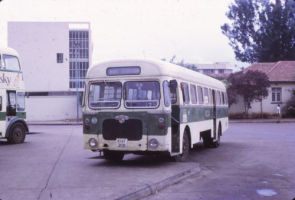