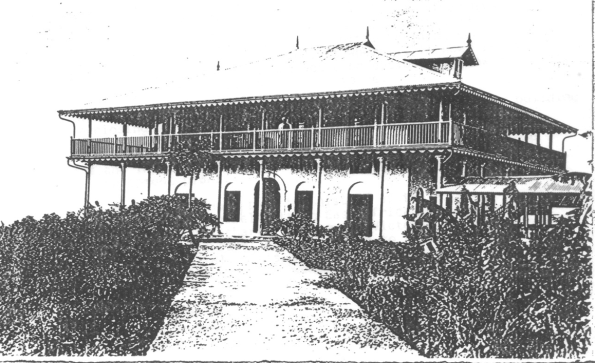 1891 - The History of the Mombasa Hospital begins in 1891 when the Imperial British East Africa Company, which had been granted its charter from Queen Victoria only three years earlier, received a substantial donation to build a Hospital. They chose to name it the English Hospital and they gave the running of it to the Holy Ghost Fathers of the Roman Catholic Church.  A two storey bungalow was adapted for use as a hospital with accommodation for about 12 patients.

When the Imperial British East Africa Company began to trade in East Africa in the early 1890s, there was a need for a hospital for Europeans, prone to fall sick so easily in a country with an unfamiliar climate, where malaria was still imperfectly understood. IBEAC appointed Dr WH Macdonald, registered as a medical doctor in Edinburgh in 1889, to be Mombasa’s doctor