The History of Nyeri and the historic Osman Allu Business.

Could it be Nyeri Family History and Nyeri name Meaning is foreign. This is from Ancestry.com…..

Historically, surnames evolved as a way to sort people into groups - by occupation, place of origin, clan affiliation, patronage, parentage, adoption, and even physical characteristics (like red hair). Many of the modern surnames in the dictionary can be traced back to Britain and Ireland.

The area where Nyeri Town stands was a large part of an uninhabited forested area. The town began from military activity from 1902 to 1905. A fort was built there surrounded by a deep defensive ditch (“Mukaro” in Kikuyu) leading to the present name of the central area of Nyeri Town.

In June 1954, the Nyeri Urban District Council was created. In 1963 however, the Urban Council assumed a representative nature with election of councillors. Nyeri Town fully became a municipality in May 1971.

Shortly after the establishment of the post, a trickle of European settlers and missionaries and Indian merchants began to migrate into Nyeri and the surrounding areas. The city soon burgeoned into a trading centre for white settler farmers who produced cattle, wheat and coffee.

What we are talking here about is the famous Outspan Hotel country landscape overlooking the gorge of a river in the Aberdare Range in beautiful Nyeri, Kenya, that was built up from an old farm by Eric Sherbrooke Walker in the 1920s and is well known to this very day.

Nyeri hosts the tomb of Robert Baden Powell, the founder of the Scout movement. It is also the home town of the late Nobel laureate Wangari Maathai. The town is also the home of the Dedan Kimathi University of Technology (DeKUT), founded by the local community in the early 1970s as an institute of technology, and converted into a fully fledged university in 2012.

Last but not least never mess with Nyeri women….

Nyeri, as we know now and located along its Kimathi way on the same block as the Post Office is situated, Osman Allu shop is the oldest shop in Nyeri town.

Mr Osman is believed to have arrived in Kenya around 1894, presumed just as Seth Ibrahim Karimbux had arrived at Nakuru during the onset of colonialism in East Africa, the patriarch of the Karimbux dynasty, Seth Ibrahim, arrives on the Kenyan coast on a small dhow from his native India..

Mr Osman worked as a salesman and bookkeeper for the great entrepreneur and merchant, Allidina Visram. Osman acquired great insights on operating business acumen and also learned how best to deal with people from the great man.

It all started when Osman and Mohamedally Ratansi walked up to Nyeri where a trading station was being set up by European settlers, decided and commenced in setting up their first shop in around 1901/03 for settler farmers and others in the area.

The Railway in East Africa began as Uganda Railways, dating back to as early as 1896 when the first railway line was laid down in Mombasa. Undertaken by the British Colonial government, the intention was to get the railway line to landlocked Uganda, one of its protectorates, the Uasin Gishu Plateau Kenya /Uganda in dispute that was initially reserved for the Jewish/Zionists homeland thus the reason for the Kenya/Uganda demarcation and calling it Uganda Railways during its initial commencement in building a railway line from Mombasa to Port Florence.

The main reason behind the project was to exploit its resources and protect the source of the river Nile a life line of Egypt, a British sphere of Influence. The construction of the railway line started in 1896 and later Nairobi /Nanyuki line was completed in late 1920’s. In addition to the Uganda extension, building of branch lines continued.

Mr Osman and family later progressed well and decided to set up a sawmill in Karatina where they supplied sleepers for the railway track that was being laid to Nanyuki  and another shop in Muranga was acquired and established, which was then known as Fort Hall that is approx. 46km from Nyeri.

Osman Allu significantly contributed to the building of the Catholic Consolata Mission Hospital in Nyeri, Tumutumu Hospital and in the 1920s he helped in building an Indian School and the present Nyeri Mosque.

When Osman moved to Nairobi in 1945 with part of his family, he left his son Abdul to run the shop. If, one is ever in Nyeri, one can pass by the shop and learn its history and also buy some day to day goods. Narrated by : Contact us for Nyeri City Tours and Day Trips via info@beadsafariscollection.co.ke

In fact one of Allu family member that many know of is a well-known Radio Presenter named Ms Shamim Allu on East FM for Sunday K Sunday who was on  global news for other reasons and had sadly sustained gunshot wounds, she has scars on her right arm to prove eight years after the terror attack on West Gate Mall, Nairobi, ... 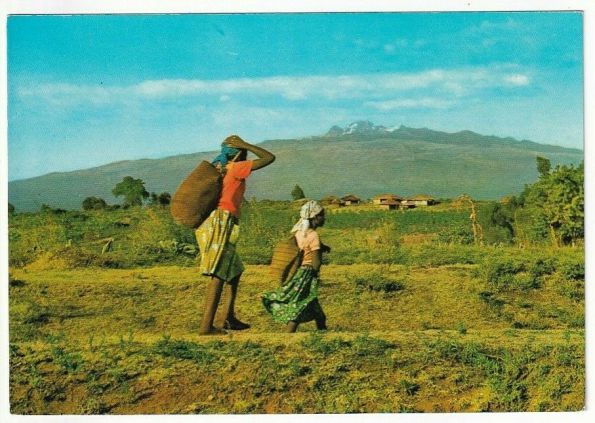