Welcome to the world of Inventions by Arabs and Indians

Arab world has made excellent contributions of inventions. But we don't seem to know it! Our mission is to highlight of those contributions, encourage young generation to invest their time in inventions. Many of you possess God-given talent to create products that simplified the lives of people in the region. Time is ripe for us to leverage that talent to make a difference.

5 Muslim Inventions That Changed The World

The origins of these fundamental ideas and objects -- the basis of everything from the bicycle to musical scales -- are the focus of "1001 Inventions," a book celebrating "the forgotten" history of 1,000 years of Muslim heritage.

Muslims distinguished themselves not only as theoretical scientists and scientific thinkers, but contributed through innumerable inventions to the growth of the modern sciences. Though the mediaeval Muslims had very meagre resources at their command as compared to those of the present age, they achieved a great deal. They replaced the old speculative method of the Greeks with an experimental method, which in later periods formed the basis of all scientific investigations.

How Islamic inventors changed the world

From coffee to cheques and the three-course meal, the Muslim world has given us many innovations that we take for granted in daily life. As a new exhibition opens, Paul Vallely nominates 20 of the most influential- and identifies the men of genius behind them 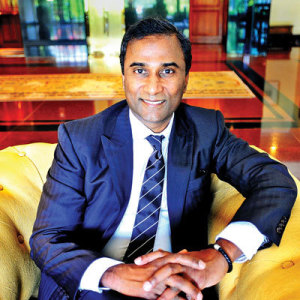 Not many know that a 14-year-old Indian boy invented the email. But it's time to change that narrative, VA Shiva Ayyadurai tells Amrita Madhukalya while disclosing some of his ideas for the future.

It was a small step for the University of Medicine and Dentistry of New Jersey (UMDNJ) but a giant leap for mankind that was to forever change the way the world communicated. VA Shiva Ayyadurai, only 14 years old in 1977, was hired to build an electronic inter-organisational mail system – and from there was born email as we know it today. Born in Mumbai in 1963, Shiva moved to the US at the age of seven.

The Indian Sage Who Developed Atomic Theory 2,600 Years Ago